Uni-Edit editors and translators are located on every continent except Antarctica. One day, however, we hope to boast that one of our colleagues works from the glacial continent.

While our editors are diverse – both in terms of subject expertise and time zone – we all share a passion for words, language, and geographical freedom.

The type of freedom bestowed to Uni-Edit staff is unique, and much sought after. We can work from anywhere in the world, so long as we have access to the Internet. All of our work is conducted over email and Skype.

Over the past seven years, I have edited papers while residing in the Middle East, a remote Liberian village nestled within a dense forest, and a 13th century St Franciscan monastery in Italy. My passion for Uni-Edit is, I hope, evident in each product I have edited over the years. I once tried to calculate how many words I have edited during this period, but they would be too numerous to count. Well over a million I am sure!

Each editor and translator has a unique story. Many of these stories can be found here: https://www.youtube.com/channel/UCtep5fbsTtmzQ3b2m2hdcWw

Many of our editors and translators have worked with the company for more than five years, with some having worked with us from the company’s inception in 2006.

Our staff’s commitment to the company and passion for their work makes us proud.

Born in Scotland, Michael studied Japanese and linguistics at the University of Edinburgh. Michael has been working as a Japanese translator for the past six years, during which time he has lived in Japan. Fascinated by all things Japanese, Michael has been travelling across the country; he can now speak a number of regional dialects with barely a trace of an accent. Michael loves the fact that language can transcend barriers between people, both real and imagined. He particularly enjoys assisting Japanese academics to translate their works into English so their ideas reach a larger, global audience. 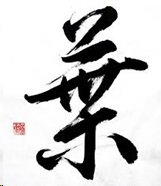 Over the past six years, Michael has translated extensive works while living in a Zen Buddhist temple. He also managed to translate works during a five-month cycling trip around the country during which time he binge read Haruki Murakkami’s novels. He has read all of them except Kafka on the Shore. He is currently studying Japanese calligraphy with a renowned artist in Kyoto. 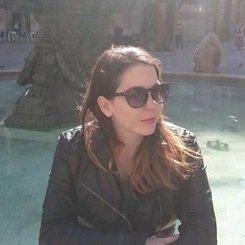 Hayley holds a PhD in Cognitive Neuroscience and a Bachelor of Psychological Science with 1st class Honors. She has taught neuroscience to undergraduate students at the University of Queensland, Australia as both a tutor and as a lecturer. In addition, she has taught academic writing skills to undergraduate students. Hayley has designed and led academic writing workshops for students completing their honors theses, centered on enhancing communication in scientific research.

Hayley’s research expertise focuses on visual processing and the mechanisms which underpin visual and tactile links in spatial attention. She has studied the mechanisms of attention that enable us to use visual sensory inputs to guide motor output. She has a number of peer-reviewed publications as well as extensive experience presenting her research work to both academic and lay audiences. Hayley has received awards and commendations from the University of Queensland for her research presentations and for teaching.

For Hayley, editing for Uni-Edit has been a wonderful, liberating experience. From her home in Spain, she comments:

“It has given me the opportunity to undertake rewarding work helping scientists from non-English speaking backgrounds to communicate their research and to live where I please. I plan on moving to France in the near future. Being an editor for Uni-Edit also gives me the freedom to take unlimited travel both around Europe and all over the world. As long as I have access to the Internet, I can travel wherever I want and have the kinds of life experiences that many people with desk jobs can only dream of!”

Hayley believes that effective communication is a critical element in the scientific process and often the one which is most overlooked. Her inspiration to work as a freelance English editor stemmed from this observation.

“In the past, I have worked with many brilliant scientists who have struggled to communicate their critically important work due to a language barrier. I found it to be a horrible injustice that such promising work, and in turn, such promising scientists were often overlooked as a result of such a fixable issue. Because of this, I find it immensely rewarding to use my English language skills to help such researchers effectively communicate their findings, enhance their chances of publication, and ultimately to get their research out into the world.”

Born in Australia to Greek parents, Helena decided to move to Greece to discover more of her family’s history. When she made the move from one side of the world to the other everything in her life changed, except one thing: her work.

Helena holds a Bachelor of Science and a Master of Science from the University of Queensland, Australia. Prior to working as an editor, Helena was a research scientist, specializing in molecular biology. She has been published extensively on this topic. She was drawn to academic editing as she wanted to assist other researchers around the world, especially those from non-English speaking backgrounds, to have their work published. She also loves the fact that working as an academic editor enables her to stay abreast of the most groundbreaking research in her field. She has helped countless scientists across the world to successfully publish their work, something which is tremendously satisfying for her.

Each year she takes time off in Autumn during the olive harvest in Greece. Helena’s olive grove has some 50 trees some of which are close to 100 years old. Her olive oil is the talk of the village! 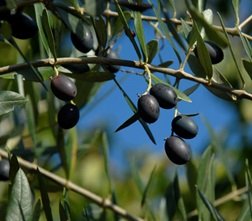 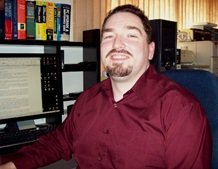 Bradley studied a wide range of subjects in physics, mathematics, and ancient history. This has given Bradley a broad knowledge base that has been perfect for editing. He holds a Bachelor of Science (Honors) and Master of Science.

Bradley’s postgraduate project was in computational physics; it was a joint effort between science and mechanical engineering. He modelled acoustic waves moving around industrial noise barriers and modelled quantum wave functions for quantum computation applications.

Bradley has been working with Uni-Edit for the past 7 years. Bradley concentrates on science, math, and engineering papers. He edits scientific papers, theses, newsletters, and other academic materials. He also double-checks the work of fellow editors and appraises applicants.

“I love finding and recommending good new editors. I’ve worked with other companies, but find Uni-Edit has consistently higher standards, a better working atmosphere, and an opportunity for collaboration and feedback between editors that always raises quality. I always recommend it to researchers and people interested in editing.”

Bradley’s passion for editing is relentless. He runs an online encyclopedia for a fictional world, where he edits the work of other users. With a smile he says, “It is just the same as for Uni-Edit, only with dragons and wizards.”

Bradley finds his work fulfilling for many reasons including the fact that he has the chance to help other researchers publish their work so their discoveries become better known in their fields. He is always pleased to work on novel research that could improve the world.

He also loves the freedom the position offers him.

“As a student, I edited at nights while waiting for my code to compile or my data to download. Now, I work from home, so I can look after my niece and nephew. I sometimes sit them on my lap and read them papers as I edit, teaching them about words and punctuation. The science might be a bit beyond them though.”

A graduate of English literature, Amelie loves words. When she is not editing academic works related to her field, she is busy writing her first novel. She is currently working on the final chapter. Born and raised in Canada, she has spent the last 6 months living in Hanoi, Vietnam, a city which holds her captivated by its old-world charm.  For Amelie, the most rewarding part of working as an editor is the chance to work with interesting clients who create diverse academic works. Also, editing enables her to keep her writing skills sharp, which helps with her own writing. She loves the fact that she can work from her luminous apartment in Hanoi which overlooks the Red River. On most days, she wakes up while the sky is still immersed in darkness to spend two hours writing her novel. After that, she spends the day editing, averaging 10 000 words per day. 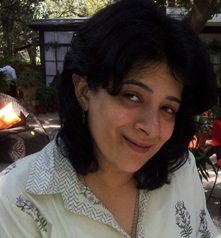 In addition to being an experienced academic editor, Radhika has over a decade of professional experience working for international conservation and development organizations in South Asia including the World Wildlife Fund, the United Nations Development Program, and the European Commission. This work has included research, grant development, documentation and analysis, and editing.

Radhika has conducted socioeconomic studies of communities living in and around national parks, as well as those collecting medicinal plants in high and low altitude areas in the Himalayan kingdom of Bhutan. In the Indian Himalayas, she conducted her doctoral research on an international eco-development project and its impacts on communities. This study entailed extensive qualitative ethnographic and archival research.

As a person who undertakes a lot of intercontinental travel, Radhika has edited manuscripts in airports and on planes, battling dissonant time zones and jet lag to ensure deadlines are met.

A dedicated editor, Radhika explains some of the challenges she has encountered while editing from some unique locations.

“There have been times when I have edited from places with very poor Internet connections, drawing on my networks to find a place where I can connect and send off an assignment. I also recall working all out to finish an assignment before I went into surgery.”

“I have a deep love for the craft of bringing a manuscript to completion by polishing all of its facets. My love of knowledge, in all its diversity, is another factor that inspires me to be an editor. As a freelance editor, I am able to access work that is truly global, spanning every continent, not to mention a wide range of disciplines and subject matter.”

Working as part of a global team and the geographical freedom which the job offers are important factors for Radhika.

“I greatly appreciate having the support of project managers and senior editors, particularly when I am working on challenging assignments. This provides me with a wonderful space for engaging deeply with the client’s manuscript. A final factor that draws me to freelance editing is that it offers me independence and mobility, which I greatly value, especially as I have two bases at opposite ends of the globe: Canada and India.”