Because the reviews are blind, it is difficult for the PRs to know the exact proportion of papers written by NSE or NNSE authors. The senior PRs (Judith & Geraldine) suggested that, based on the clarity of the English, they consider that NNSE authors make up a considerable part of the papers they review, although it is not always obvious because, in their experiences as journal editors (rather than PRs), they have received poorly written papers that lack clarity, have poorly arranged ideas, and contain questionable logic for arguments from NSEs.

International fields also attract a higher number of English as an International Language (EIL) papers, making it often difficult to know where the authors are from. Incidentally, I use the term EIL here to refer to people from a non-English speaking country writing in English for people from many other countries to read. This term differs from English as a Second Language (ESL), which refers to authors of non-English speaking countries writing in English for local people (native speakers) to read. ESL writers need to have impeccable English, whereas EIL writers need to ensure clarity and can thus perhaps use a simpler style of writing.

She added that “very few papers that are too difficult to understand should reach the PRs, as they are usually desk-rejected immediately by the journal editor.” 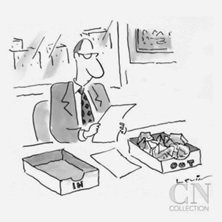