While it is not a perfect system, the PRs generally felt that the current peer review process works reasonably well and will continue as it is for the foreseeable future, because it is solidly embedded in academic publishing (Geraldine) and a better method has yet to be proposed (Stephen).

However, they do make some suggestions to improve the current included, which involve doing something to speed up the review process, training and rewarding PRs in some way (e.g., departments could give greater weighting to service as a PR when considering applications for promotion and tenure to provide more of an incentive for PRs to perform reviews thoroughly and in a timely manner), and providing more information on the whereabouts a submission is in the process because “Under review” gives little indication as to how long authors should expect to wait.

However, the PRs were aware that the current process is somewhat challenged by the emergence of mostly online journals that adopt alternative methods. Some online journals refuse to adopt a peer-review process and instead take a pay-to-publish approach. However, Geraldine claimed that someone with academic training will likely understand the difference between these two types of journals and will thus view the ‘pay-to-publish’ journals that do not adopt a PR process as being less-rigorous. Thus, this method is unlikely to gain popularity over time.

Another online method involves conducting open peer reviews, where the identity of the PR is known to the author. This process is supposed to improve the speed of publishing the article (online) and allows the author and readers to determine whether the review process has been just. However, the PRs were “not particularly in favor of it,” confirming that they would be unwilling to participate in this method if asked.

When asked about this method, Judith responded: “This might speed things up a little, but I don’t see how this would improve how far an author can tell if the review is ‘just’. Authors see the full review in a blind review process, and why would readers need to see the review? The quality of the journal and its process is a surrogate indicator of ‘justness’.”

While Stephen agrees that transparency would be good, he felt this method could raise just as many questions—if not more—than it answered. For example, “it could call into question the legitimacy of reviews involving individuals that do or do not get on, and it might pressure PRs to give more or less favorable responses based on personal factors.” Additionally, junior academics would likely be very hesitant to give poor reviews to more established scholars, which could lead to less people agreeing to perform reviews and decrease the overall standard of subsequent reviews.

Geraldine was aware of situations where open reviews have been conducted, but not necessarily where the readers would know who the PRs were. While she can see some advantages to this process, i.e., people are less likely to provide poor or personal reviews if their identity is known, and there can be a fruitful engagement between the authors and PRs, she agreed with Stephen that potential problems exist with power relations (i.e., junior academics would feel pressured to give positive reviews of manuscripts submitted by established names in the field).

While the Web is an incredible place for new ideas to be shared and to take hold, the current peer review process will likely continue for some time, although there is no doubt that new peer review mechanisms will emerge in the future. 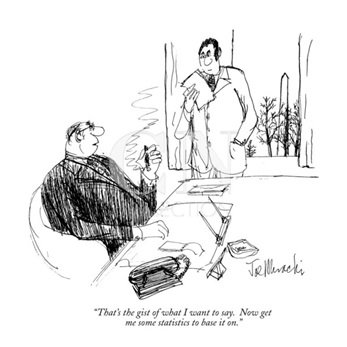